The new owner of Mayfair shopping centre and the commercial lot to the south where Bed Bath and Beyond is located is embarking on a long-term development plan for its holdings that includes new housing.

Neighbourhood open houses are set for Monday and Tuesday to share ideas and goals prior to a detailed plan being drawn up.

The goal is for owner Central Walk to submit a rezoning application and application to change the official community plan in early spring.

Central Walk favours a mixed-use development, saying it is looking at a “significant offering of housing.” No numbers of units have been determined yet.

Possible heights were not outlined yet, either.  Plan could include recreation, civic and educational uses.

Open houses are intended to raise public awareness of what could be possible, forge relationships with the community and start a dialogue with the City of Victoria, a company statement said Wednesday.

Central Walk manages a portfolio valued at more than $3 billion, it said.

Avery Stetski, land use chair of the Burnside Gorge Neighbourhood Association, said the group has not formally vetted any application, but has been in touch with the owner’s representative.

“We acknowledge that this is a significant project for the city, and we are pleased to work with the owners and their representatives to ensure our community’s ideas and suggestions are heard.”

Niall Paltiel, principal of Ascend Planning who is working with company officials and Victoria’s Cascadia Architects on the project, said redevelopment could take place over many years under a phased plan.

It would likely start on the Blanshard side of the property, then move toward Douglas, where the newest expansion and upgrading of Mayfair was completed in 2019.

Additional opportunities will come up for public input on Mayfair, Paltiel said.

“It is about reimagining what a shopping centre could be as a community hub.”

Mayfair and the nearby commercial site are being looked at as one property, he said.

For health and safety reasons, pre-registration for the open houses is required. 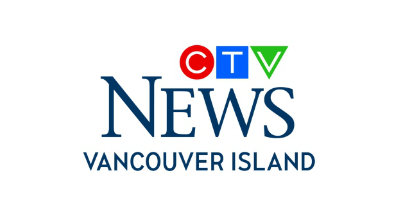 Planned Rework of Mayfair Shopping Centre To Include Housing Units